Muslims are people too

Encountering people as people, instead of people as issues 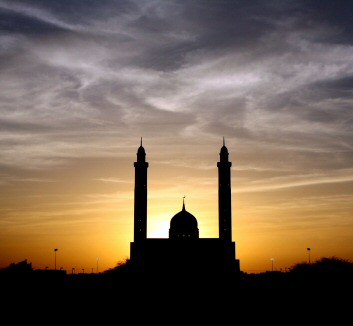 Julie is a passionate advocate for honest, meaningful, community-building relationships between people from various faith communities in the UK.

Julie will lead us through the complexities of relationships between people of various faiths and none. How can we respect differences while staying true to our own considered path? What’s the best way to acknowledge and navigate our shared and disparate histories? Can we move beyond toleration, into building each other up? Is it possible to be honest while being affirming? How can we bring authentic relaxed friendships into our mixed communities? And above all, how do we learn to encounter people as people, instead of people as issues?

This session will include time for questions and answers, including on contemporary Islam in modern Britain. You can submit your questions by email in advance, and in person during the evening.

Julie brings no-nonsense delivery coupled with insight and experience; expect to be challenged and informed about making a positive difference in a diverse world. 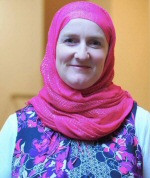 Julie Siddiqi is a mentor, consultant and gender equality campaigner. She has a specific focus on Jewish-Muslim and other interfaith relations, and on applying her mentoring to social action and working together. She has a background in community grass roots work spanning 20 years and founded a local charity for Muslim women's needs which she led for 10 years, gaining an acute knowledge of the personal challenges faced by women. She has nationally coordinated The Big Iftar during Ramadan, which has seen such events as the first ever Iftar (breaking of the fast) reception at Lambeth Palace hosted by Archbishop Justin Welby in 2014. She is an Advisor for the Jewish led social action project, Mitzvah Day and is a Trustee for Muju, a Jewish/Muslim theatre company now in its tenth year.

Julie was the Executive Director of the Islamic Society of Britain from 2010-2014 and led on several high profile campaigns during this period. She represented the UK’s Islamic charities at the Enough Food IF rally in Hyde Park speaking to an audience of 40k. She spearheaded a national community based campaign against sexual grooming and child exploitation and was pivotal in peace initiatives following the murder of Lee Rigby in Woolwich. She has spoken on many news programmes including BBC Radio 4 and Newsnight, at the Christian festival, Greenbelt and the Jewish festival, Limmud, and at receptions hosted by the British Armed Forces. Julie has been invited to speak at international conferences including Princeton University in the US and in Konya, Turkey. She is a Fellow in the Faith and Civil Society Unit at Goldsmiths University and is a member of the National Advisory Group for the Christian Muslim Forum.

Julie was previously a member of the Government’s National Muslim Women’s Advisory Group and mentor for the Prince of Wales Charity, Mosaic. She is currently Chair of her local Standing Advisory Council for Religious Education and was previously on the Government’s national Anti-Muslim Hatred Working Group as an independent member. She sits on the Women’s Advisory Board for Tell Mama, monitoring hate crimes and supporting victims in the UK. She is a Community Governor at Eden Girls School in Slough.

Julie was previously listed in the Times Newspaper’s 100 Most Influential Muslim Women in the UK. She has been a contributor to Pause for Thought with Vanessa Feltz on Radio 2 and is a regular voice on BBC Radio 4’s Thought For The Day. Julie has been a judge for the BBC local radio Frank Gillard Awards.

Julie has participated in two pieces of work with the University of Cambridge - Contextualising Islam in Britain and Narratives of Conversion and is an alumni and now faculty member for the Senior Faith Leaders Programme by Faith In Leadership and is an alumni of Women in Leadership, from Windsor Leadership, 2015. Julie is Founder and Director of Sadaqa Day, a one-day Muslim-led focus on social action, which was launched in March 2015 and is Co-founder of the Jewish and Muslim Women’s Network, Nisa-Nashim. Julie has recently established Thrive, a network and online platform to train and inspire Muslim women to fully participate in society at every level, to challenge patriarchal attitudes in communities and to ensure Muslim women are better represented in print and TV media. She is Co-founder of Open My Mosque, a campaign to highlight and speak out about inequalities in UK mosques and to find ways to address these needs through policy change and innovative storytelling.

Julie chose Islam as her way of life in March 1995 and is happily married with four children.