Policing today and in the future

Reflections of a former Chief Constable

Paul West, former Chief Constable of West Mercia Police, reflects on his career highs and lows, and considers his achievements and regrets from a long and distinguished career. 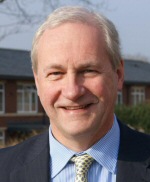 Paul West has 32 years of policing experience, including 13 years as a chief officer and eight years as the Chief Constable of West Mercia Police. Whilst he was a Chief Constable, from 2005 onwards he led nationally for the police service throughout England and Wales on all matters concerning Professional Standards and Police Misconduct and, from 2007 onwards, in relation to the Management of Sexual Offenders and Violent Offenders, both until his retirement in 2011. Later that year he was made joint Director of the Indian Police Service Mid-Career Training Programme Phase IV, based at the National Police Academy in Hyderabad, India.

Paul was awarded the Queen’s Police Medal for distinguished police service in 2005.

Paul has been an independent member of the Judicial Appointments Commission since 2012 and a member of the Prison Service Pay Review Body since 2016.

Paul has been a Trustee of the Lucy Faithfull Foundation, which is the only UK-wide charity dedicated solely to preventing child sexual abuse, since 2011. His other voluntary roles include being the Bishop of Worcester’s Criminal Justice Affairs Advisor, a member of the Worcester Cathedral Council, a Trustee of Hartlebury Castle, Chair of Governors at Bromsgrove School and Chair of Trustees at Holland House Retreat and Conference Centre in Cropthorne, Worcestershire.

Paul is an honorary Fellow of the University of Worcester, where he previously was a Member and Vice-Chair of the Board of Governors.