Staying well in an age of social media

In January 2018, a report by the Children’s Commissioner found that children and young people are increasingly anxious due to the perceived need to gain ‘likes’, maintain their online image and keep up appearances as they grow older. A few months earlier, American psychologist Jean Twenge told the Guardian that as social media took off at the start of this decade, ‘loneliness and depressive symptoms started to go up, while happiness and life satisfaction started to go down. The other thing that I really noticed was the accelerated decline in seeing friends in person – it falls off a cliff. It’s an absolutely stunning pattern – I’d never seen anything like that.’ Twenge argues there is a clear correlation between depression and the way more of teenagers’ time is spent ‘on screen’ and less ‘off screen’ –spending time with friends in person, attending religious services and doing homework.

These concerns have led to the growing popularity of digital detox holidays and initiatives, with Ofcom finding that 34 per cent of survey respondents purposefully going on adigital detox. Stroud High School, a girls’ school in Gloucestershire, has gone as far as enforcing a digital detox, with pupils reporting a reduction in anxiety and beneficial effects in their relationships with friends.

Use of social media, however, has had positive outcomes. Older generations, for example, who are more often isolated and lonely, have been able to build new networks with both old and new friends. And, more widely, the networks that can be built through social media have helped those suffering from depression and struggling with eating disorders to gain support from peers and experts around the world. Indeed, there is a growing movement promoting body positivity and wellbeing as a counter narrative.

Perhaps the use of social media is a response to a problem for young people rather than the cause. Study after study has found that concerns about safety have resulted in children having less independence than in the past, whether it is meeting and playing with friends or travelling independently. If that is the case, does social media provide an opportunity for interaction where face-to-face encounters aren’t possible? If that is part of the story, does the response that children’s social media needs to be monitored more actually makes things worse, closing down even that limited ability to interact away from adults’ gaze?

The question remains whether social media has a negative impact on society, particularly on the young, and is causing a rise in anxiety. Has social media filled a void where ‘real world’ networks have gradually disappeared? Can it be shaped by users to promote more positive causes? Or does social media’s focus on image encourage self-obsession? 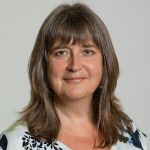 Bernadka Dubicka qualified in medicine and psychology at University College London and completed her training in child psychiatry in Manchester, alongside her MD on adolescent depression. She has been a consultant for an adolescent unit for over a decade, and now works in a community post in Greater Manchester where she is also a research lead. In 2015 she was elected vice-chair of the RCPsych Child and Adolescent faculty, and became chair in June 2017. She has campaigned actively for improved CAMHS since taking up this post.

Dr Dubicka has a research interest in mood disorders, with expertise in clinical trials and evidence based practice. Most recently she has been an investigator on one of the largest international psychological treatment trials in adolescent depression (IMPACT). She has been a member of the National Institute of Health Research, is a lead editor of the Child and Adolescent Mental Health Journal, has published regularly, contributed to NICE guidance, and speaks regularly at national and international meetings, as well as in the media.