This talk will be on Zoom only.

Kathleen will give what she describes as her opinionated take on what gender means and why in her view it is really important that public space be kept for discussing it freely. 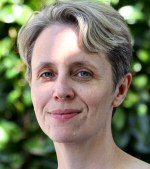 Kathleen Stock was a Professor of Philosophy at the University of Sussex. Her recent research has been controversial, and focuses on the nature and impacts of sexual objectification, on sexual orientation, and on sex and gender. Her earlier research concerned philosophical questions about fiction, imagination, and pretence.

Since 2018, Kathleen has been speaking and writing publicly on gender identity theory, policy reform, and their effects on women and girls. She has written on these controversial issues for a variety of publications including The Economist, Quillette, Standpoint, The Conversation and Unherd, and has made multiple media appearances to discuss them, including interviews by Newsnight, Good Morning Britain, BBC Politics Live, The Telegraph, Times Higher Education, the Guardian Today in Focus podcast, and various international news outlets.

Kathleen's book, Material Girls: Why Reality Matters for Feminism was published by Little Brown in May 2021.

Professor Stock was appointed an OBE in the 2021 New Year Honours for services to higher education. She is a prominent advocate of “gender-critical feminism” and has provoked much debate about transgender issues. When her OBE was announced, over 600 academics from around the world signed an open letter expressing their dismay at the award. In response to her critics, Kathleen maintains, “I gladly and vocally assert the rights of trans people to live their lives free from fear, violence, harassment or any discrimination. I think that discussing female rights is compatible with defending these trans rights.”

In October 2021, Kathleen resigned from her post at the University of Sussex, saying she had “a very difficult few years” following a campaign by some anonymous students to have her dismissed. Professor Stock had the full support of the senior leadership of the university throughout. The university's vice-chancellor said, “Rigorous academic challenge is welcome. However, we have seen an intolerance of [Professor Stock] as a member of our community because of her work. This is now, and will always be, in direct opposition to even the most basic principles of academia.”

Hear Professor Stock tackle these complex issues in her talk at Engaging Issues, and take questions on this multifaceted topic.